Your British Isles cruise will take you to England, Ireland, Northern Ireland, France, Scotland and fabled lands beyond. This itinerary combined with a stay aboard the elegant Regal Princess offers you a very special vacation – not to be missed!

Regal Princess launched in 2014 and was refurbished in 2017. This Royal-class ship from Princess Cruises is an elegant, large cruise ship. It’s popular with mature couples, singles, and families seeking a well-rounded cruise with a touch of sophistication. Thanks to its world-class stage shows, plentiful onboard activities, and diverse dining options, Regal Princess offers a dazzling experience that’s as vibrant as a Vegas vacation. From the moment you step aboard, we want you to feel welcomed and right at home. And with attentive service from a friendly staff that knows what hospitality means, you’ll find your Princess® ship truly is your home away from home.

Southampton (London), England | The south of England boasts a dramatic coastline that encloses some of the most beautiful countryside in Britain. The landscape of hills and heaths, downs and forests, valleys and dales, is without rival. Southampton serves as your gateway to the countryside – and to a wide variety of historic sites, national landmarks and charming.

Guernsey (St. Peter Port) | The British isle of Guernsey lies just 8 miles off the coast of France. The 2nd largest of the Channel Islands, Guernsey possesses a mild climate, breathtaking scenery and a peaceful, unspoiled ambience. All these attributes combine to make it a popular destination for British and French vacationers. St. Peter Port is one of the prettiest harbors in Europe. Castles & forts dot the Guernsey coastline. Note: St. Peter Port is an anchorage port. Passengers transfer to shore by ship’s tender.

Cork, Ireland (Cobh – For Blarney Castle) | Founded in the 7th century by St. Fin Barre, Cork is your gateway to romantic Ireland. Stroll down narrow country lanes or see the Lakes of Killarney. The intrepid visitor may scale the narrow passages of Blarney Castle to kiss the Blarney Stone. The region around Cork is also home to one of the densest concentration of prehistoric monuments in Western Europe. Cobh was the single most important port of emigration from Ireland. Note: Your ship will dock in Cobh which is about 15 miles from Cork.

Dublin (Dun Laoghaire), Ireland | Dublin has experienced a renaissance. Today, this gracious and cosmopolitan city is one of Europe’s premier destinations. The capital of the Republic of Ireland, Dublin is an intimate place that is easy to explore. The city is also remarkably well-preserved. A settlement has existed on the banks of the River Liffey for at least a millennium and a half. Dún Laoghaire gets its name from the Irish translation Fort (Dún) of Laoghaire as it was once the seat of King Laoghaire, the ancient High King of Ireland. The town is on the east coast of Ireland, about 7 miles south of the capital Dublin and its focal point is the splendid harbour. Note – Dun Laoghaire: tender port located an approx 30 min drive from Dublin.

Belfast, Northern Ireland | The capital of Northern Ireland – part of the United Kingdom – Belfast has experienced a renaissance since the Good Friday Agreement of 1998 that promised an end to the decades-old “Troubles” between Catholics and Protestants. Stretching along both sides of the River Lagan, this graceful city of Victorian and Edwardian buildings has become a cosmopolitan tourist destination. Once a major industrial center, Belfast is also your gateway to the rich, Irish countryside of Counties Antrim and Down.

Glasgow (Greenock), Scotland | Glasgow was Scotland’s great industrial center during the 19th century. Today, the city remains the commercial and cultural capital of the Lowlands. Lying on the banks of the River Clyde, Glasgow boasts some of the finest Victorian architecture in the entire United Kingdom, including the stately City Chambers. Elegant Princes Square offers excellent shopping, and among the host of museums and galleries, the Burrell Collection features a superb treasure trove of paintings and art objects. Note: Your ship docks in Greenock, which is approximately 45 minutes from Glasgow. (Possibility of reserving seats at the famous Military Tattoo – Details, rates & availability on request)

This stunningly beautiful and popular leisure destination has been featured in song and is Scotland’s second largest freshwater lake, dotted with many islands.

The only cathedral in Scotland to have survived the Reformation intact, this 12th-century medieval church houses one of the finest post-war collections of stained glass windows in Britain.

Known as Scotland’s crossroads, this charming city is home to the popular and historic Stirling Castle, scene of royal coronations, weddings, baptisms and even murders.

Orkney Islands (Kirkwall), Scotland | Just north of Scotland lay the Orkney Islands. Washed by the furthest reach of the Gulf Stream, this chain of over 70 islands offers dramatic landscapes that range from sea cliffs rearing 1,000 feet above the waves to sweeping white sand beaches. Bird watchers flock to the Orkney Islands, drawn by the multitudes of sea birds. And most fascinating of all, the Orkney Islands boast the greatest concentration of prehistoric sites in all Europe, including the mysterious Ring of Brodgar and 5,000-year-old Skara Brae. Vikings – Norsemen – ruled the Orkney Islands from the 9th to 13th centuries, leaving in their wake such monuments as St. Magnus Cathedral in Kirkwall. This hint of Scandinavian influence can be heard in the lilting accent with which Orcadians speak.

Invergordon, Scotland | In 1933, an enterprising editor in Inverness enlivened a slow news week with the story of an odd sighting in Loch Ness. The legend grew overnight – and today individuals still scan the dark waters of the Loch for a sight of Nessie, the Loch Ness Monster. Legend goes back as far as the 6th century and insists that the celebrated Loch Ness Monster inhabits a cave beneath the picturesque ruins of Urquhart Castle. Welcome to Invergordon, your gateway to Loch Ness and that area of the Highlands known as the “Great Glen.”

Edinburgh (South Queensferry), Scotland | South Queensferry is the gateway to Edinburgh, the political, commercial and cultural heart of Scotland. Nestled between the Highlands and the Border Hills, Edinburgh is a gracious city noted for its superb skyline, its impressive collection of architecture and its beautiful parks. The streets of the elegant New Town are lined with graceful Georgian buildings. Edinburgh has also exerted a tremendous cultural force on Europe and the English-speaking world. The International Festival has been one of the premier European cultural events for over half a century. To stroll the streets of Edinburgh is to experience one of the world’s great cities. Note: South Queensferry is an anchorage port. Passengers transfer to shore via ship’s tender.

Paris/Normandy (Le Havre), France | Perhaps no other place in France holds more associations for English-speaking visitors than Normandy. The historic Allied landings on D-Day – 6 June, 1944 – live on in the memories of British and Americans alike. Nor has Le Havre forgotten the dark days of the war. The port was nearly completely destroyed during the Normandy campaign. Today, Le Havre is France’s second largest port and the gateway to Paris, “City of Light,” the Norman countryside, and the historic landing beaches. Travelers usually head for the historic landing sites or to Paris. Yet Le Havre was designated a World Heritage Site in 2005. The Musee des Beaux Arts Andre Malraux boasts one of the finest collections of Impressionist painting in the world. 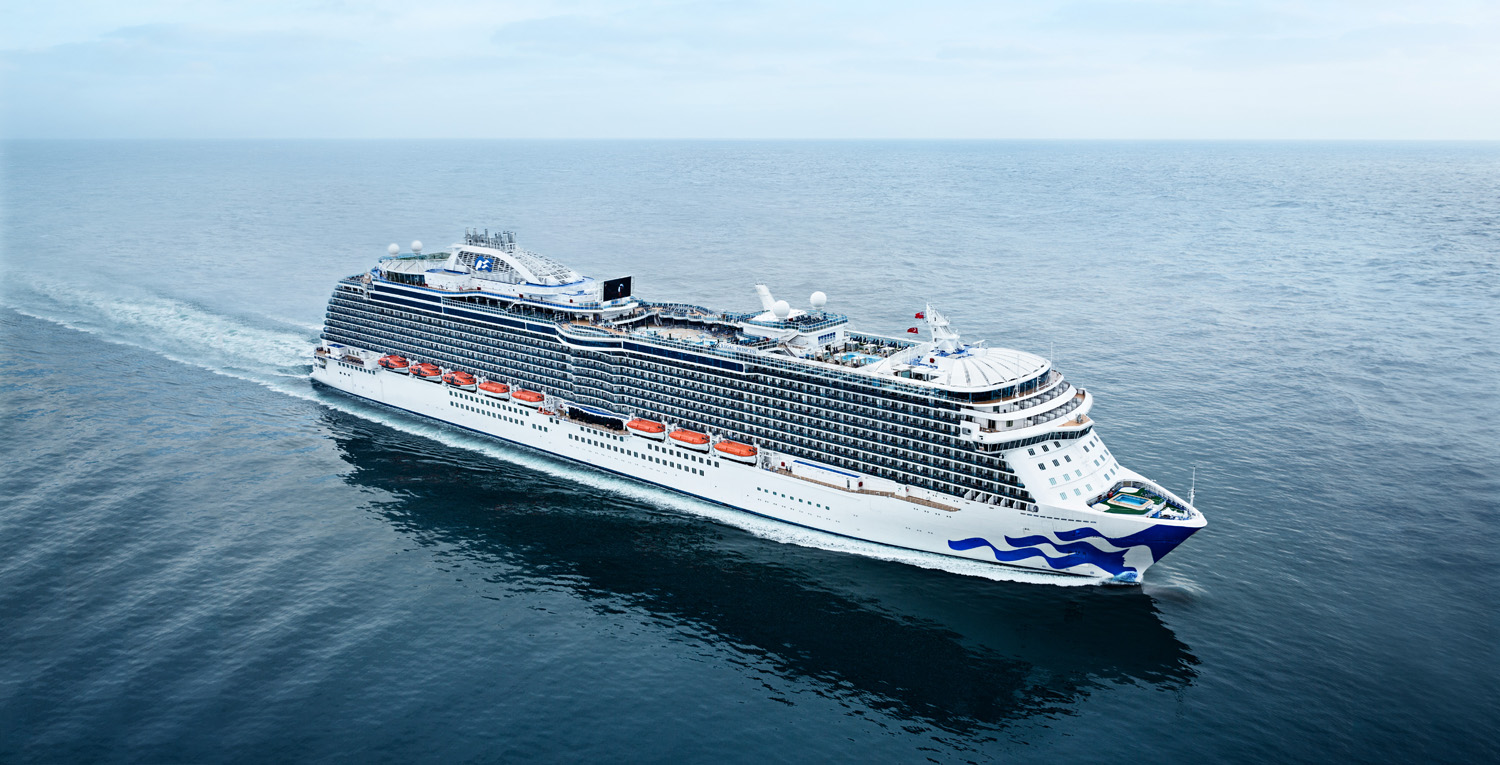 Your amazing evening of moderately-active excursion to see the Royal Edinburgh Military Tattoo begins at the pier. Board your motorcoach for a comfortable and d escorted two and a half drive through the Scottish landscape en route to Edinburgh. Located between the Highlands and Lowlands, this capital of Scotland boasts a dramatic skyline, classical architecture and over 1,000 years of Scottish history.

Disembark near Edinburgh Castle perched at the top of the Royal Mile. This majestic castle is a superb fortress complex that has dominated the city from its rocky mount for over a millennium and was the seat (and regular refuge) of Scottish Kings.

An uphill walk to the Castle Esplanade will bring you to the arena, where you will take your place in your reserved seats and join thousands of spectators gathered to experience the amazing spectacle that is The Royal Edinburgh Military Tattoo. Scotland’s biggest, best-selling spectacle, this is the most popular annual event on the Scottish calendar, attracting an international audience each year of some 217,000 people. The word ‘tattoo’ comes from the closing-time cry in the inns in the Low Countries during the 17th and 18th centuries – ‘Doe den tap toe’ (‘Turn off the taps’).

As night begins to fall, footlights transform the castle into a dazzling stage set for one of the world’s most spectacular shows. Seated in the spot where ancient clans once gathered, you will enjoy a breathtaking 1.5-hour performance that features military precision drills with massed bands, bagpipes, and drums, all representing various international Scottish Regiments. This rich pageant is ever-changing and continuous, with traditional Scottish dancing, and enactments of historical events.

International guest performers are also included and bring another dimension to this stunning pageant. During the 60-year history of the Tattoo, performers from more than 40 countries – from Australia to Canada, Africa to Fiji, France to Nepal, The Netherlands to the United States – have participated.

But it is the pipes and drums, which serve as the emotional core and the heart of the Tattoo which Scots love fiercely and visitors quickly take to their own hearts. The finale includes the most moving of all Scotland’s performances – a lone piper, floodlit on the castle battlements, his haunting music reaching out across the historic setting and into your memory forever.

This tour has a very limited availability. Princess purchases the maximum number of tickets permitted by the Tattoo for any single performance. Tickets for this tour are allocated approximately seven months prior to the call. Until this date, all reservations are considered tentative pending the final confirmation. The number of tickets available is limited; please waitlist everyone in your party as early as possible for the best chance of confirmation.

Please ensure that you are dressed appropriately. Warm, layered clothing and flat, comfortable shoes are recommended. Please note that you seat is not under cover, it is open to the elements and we ask that you dress warmly to protect from the evening chill. A waterproof jacket is also recommended.

Once onboard, tickets are nonrefundable as they have been confirmed and purchased for the event. Guest must walk approximately 1 mile over uneven cobblestone streets to reach the castle and return to the buses at the end of the performance.

The drive from Greenock to Edinburgh is approximately 2.5 hours each way. A restroom stop will be made en route.

Seating on this tour is on either side of the parade field. 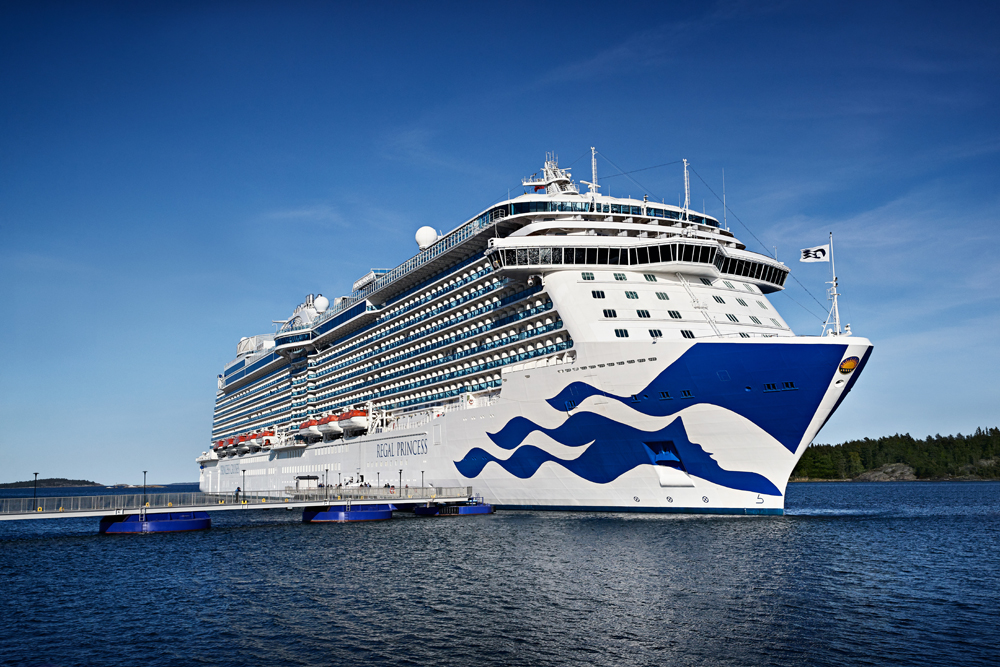 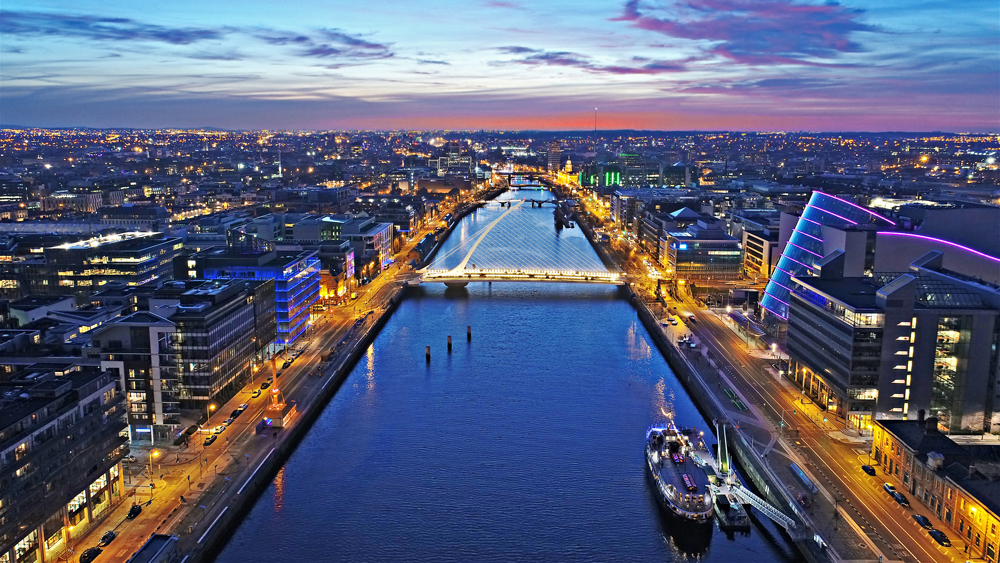 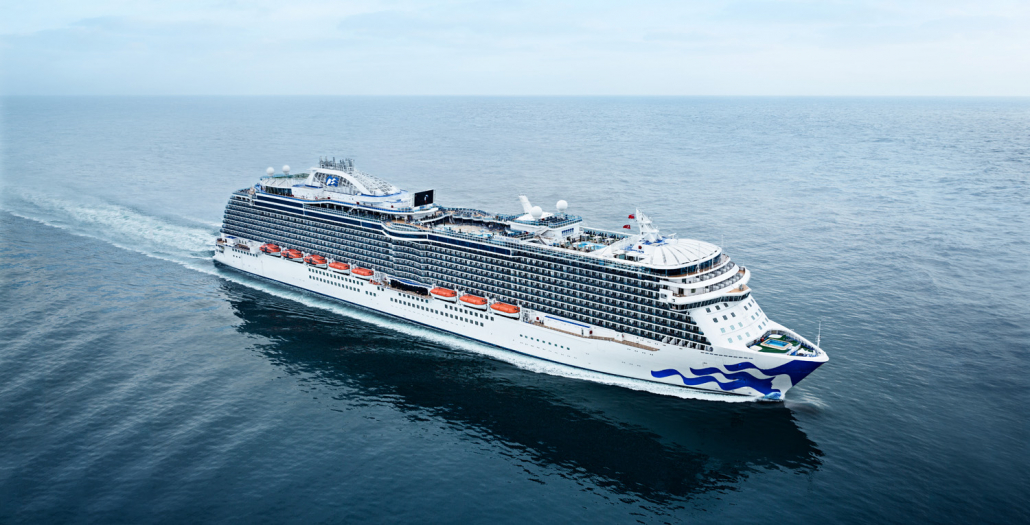 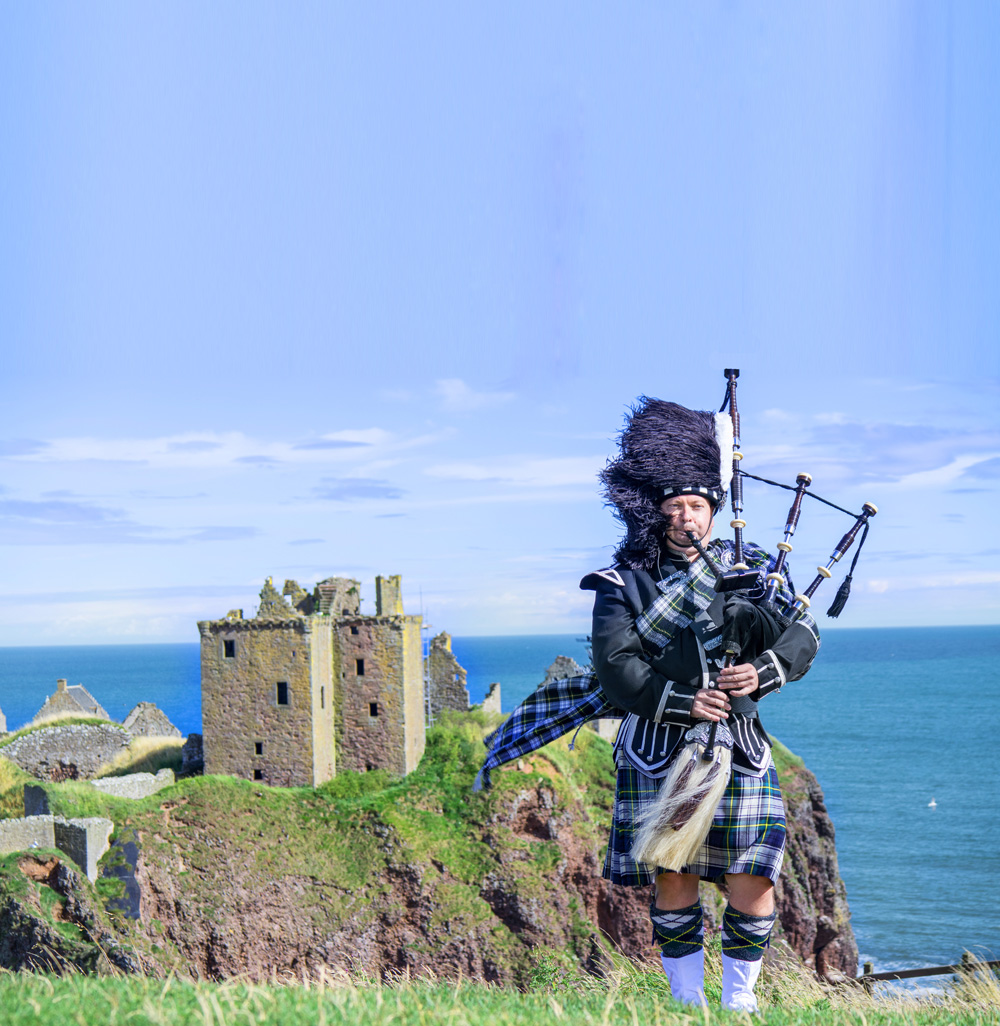 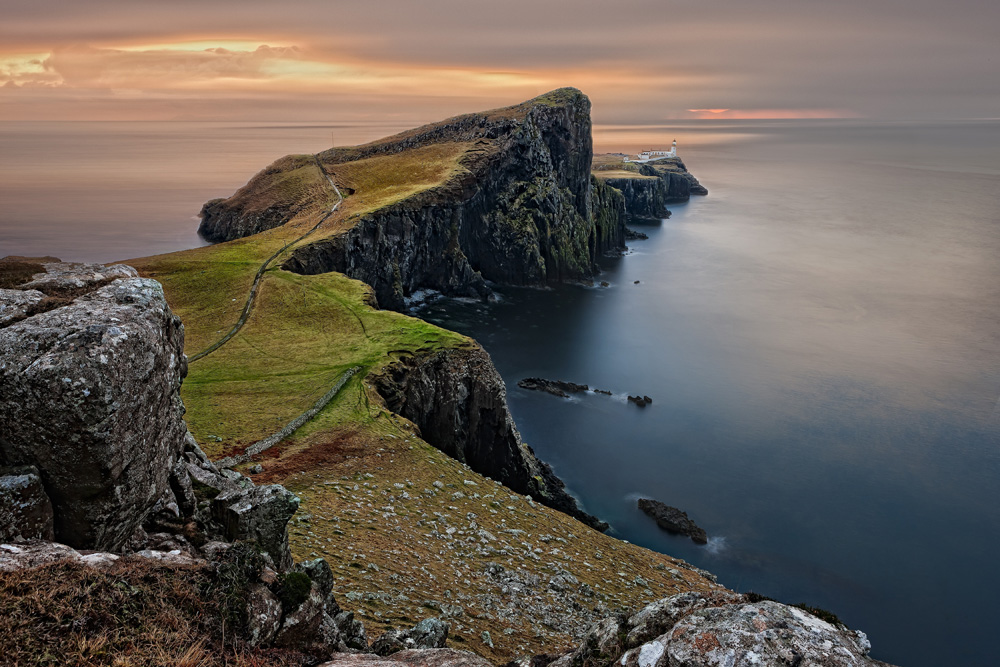 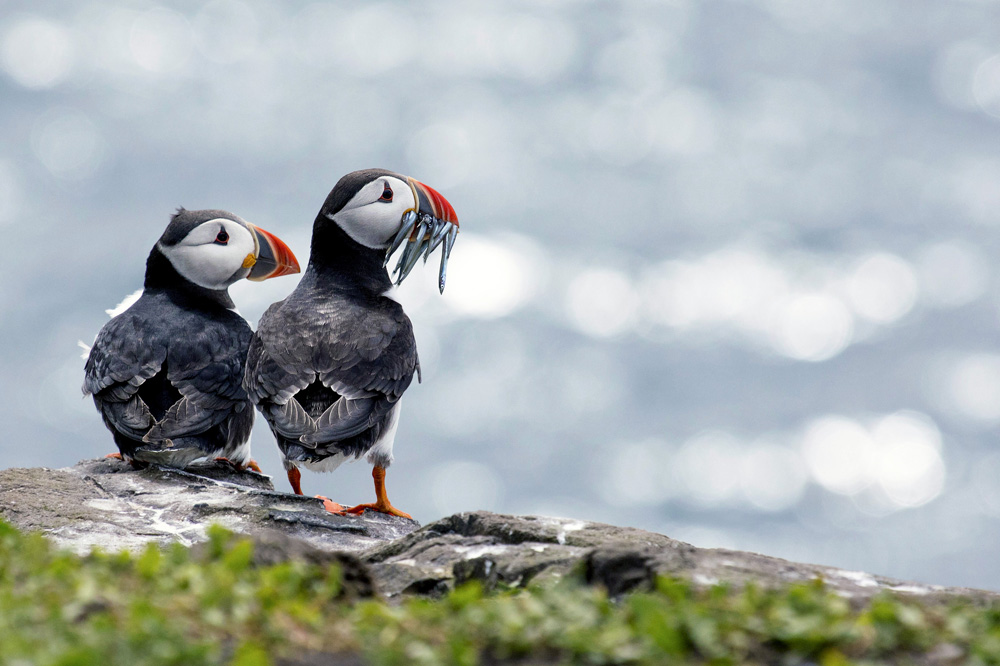 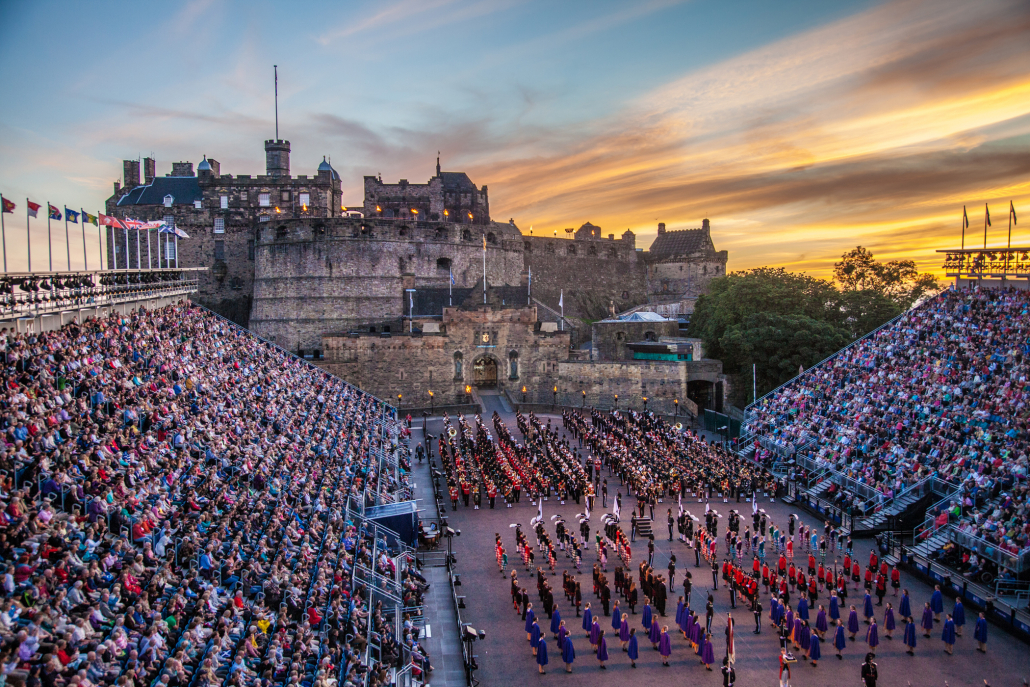 Cost per Person / Adults in a Twin Sharing:

Available as from February 2023